'Lead us not into temptation' 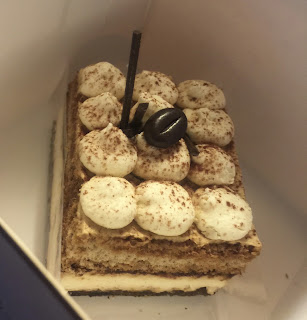 Quite honestly finding somewhere good to eat in Dorchester  is a piece of cake! I thought that I would start this post off with a little pun!

Yesterday I had lunch with my husband in the recently opened YC's Cafe and wine bar, which is located next to Dukes Fine Arts Salesrooms in Copper Street.

I chose the baked vegetable frittata, served with salad leaves and pesto drizzle. My food came served on board with a lovely freshly baked flowerpot roll and homemade chutney. 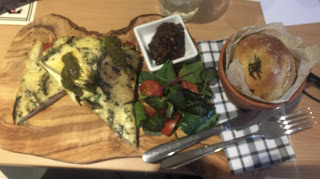 We found the atmosphere of the cafe, very agreeable. The cafe is a new venture for Yalbury Cottage Hotel and Restaurant which is located in Lower Bockhampton near the birth place of local author Thomas Hardy.

I am not sure that this new eatery is going to be good for my waistline, the patisserie counter is divine! I shared the cake in picture at the top with Richard, my Husband. I did resist a dessert at lunch time, but as the cafe offers both eat in and out options we took one portion of gluten free tiramisu home with us, and then I could resist no longer! 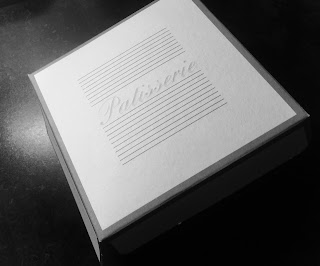 I feel this sweet temptation so close to my home could be challenging, but I was pleased to see that neighbours of mine had also been tempted into lunch. The same neighbours were also at the live streaming event at the Odeon Cinema  in the evening.  William Shakespeare's 'The Winters Tale' was streamed live from the Garrick Theatre in London. We did have to keep our strength up after all,  the play was very long! 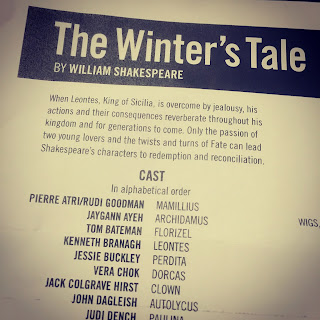 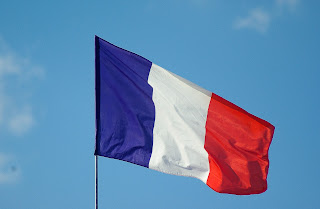 I was glad that I had something to do today, as I knew that I would otherwise spend my day watching the dreadful news from Paris. I followed the news way into the night, stunned and shocked at what I was being told. I would not have been able to take part in any activity today that was too flippant, as my mood was somber, as I am sure was the same as many others today.

I was however looking forward to attending the Dorset History Centre open day, which I did feel was suitably distracting. I have not visited before, but I will be going again for sure. 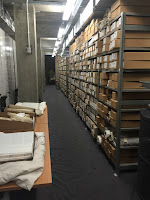 The staff and the volunteers made me feel so welcome and I was pleased to learn that the public is encouraged to use the facility. I attended a talk about how to trace your family tree, and was taken on a tour of the air conditioned rooms that contain a lot of Dorset's written history. 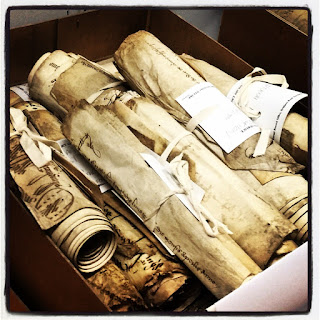 The History Centre on the Bridport Road in Dorchester, can be visited by anyone, to enable them to carry out research.
During our visit we were shown some very interesting exhibits, including 400 year old painted maps, school, medical and criminal records, parchment scrolls that dated back many centuries and various equally interesting records.

I was particularly interested in the grave diggers records, that volunteers are currently transferring to digital ones. I have recently been following the Future Cemetery Project in Bristol, and I feel that  understanding the history of cemeteries, will help with considering their future.
Another of the interesting things that we were shown, by another volunteer was a family history from the village of Nether Cerne. The volunteer was sorting through boxes of written information that was incredibly detailed, down to the names of the family's horses, which were recorded on the farriers invoices.  Included in this collection was an envelope containing a lock of a child's hair, with her name and 'first curl' written  on the outside. 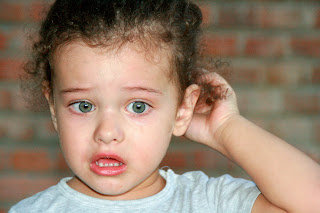 I read about an eight year old boy who was found guilty of setting fire to a hay-rick, and was consequently sent away from his family, to a detention centre in Bristol. It crossed my mind that the children who set fire to the outdoor classroom at the Prince of Wales School earlier this year, may well have been about the same age. Their punishment was not as severe, but the crime was similar.

My visit did take my mind off the atrocities that have occurred in France for a few hours, but my thoughts are again very much with the families involved in the incomprehensible crimes that took place in Paris last night.

Yesterday I took part in an Instagram for Business course at the Dorford Centre in Dorchester. Whilst I have been using Instagram for some time, I have only recently started using it for my business. The training course was run by ITCoursesDorchester, and was extensively researched and professionally presented by Trudy Ritsema and Jane Askew. 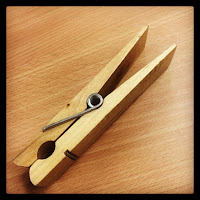 We were set a task of creating an Instagram post. We were all given a random object and asked to write a caption for it. As the course members ran many varied businesses it was an interesting project.

Mine you will see from the picture above was a large peg, if you would like to see it on Instagram and follow my future posts my user name is maumburygal1. I also recently set up an Instagram account for my business and the user name for that one is Socialembers. 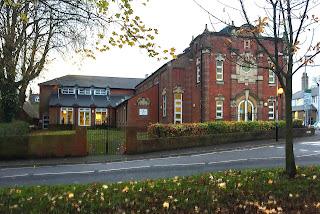 When I am on ambassador duty for Dorchester BID I often meet members of the public who seem angry at the use of technology in their everyday lives, such as Dorchester's optional pay to park system. This system can save you having to carry small change, and is often a godsend, if you want to renew your parking time with out having to return to your car.

Technology in our lives will soon be used much more widely, when the 'internet of things' collects data from our home without us even realising it, such as central heating systems that are now widely installed in new properties.

My daughter has recently submitted her university application, and having to make a choice of 5, we visited many over this summer. One that was using technology the most was Lancaster. 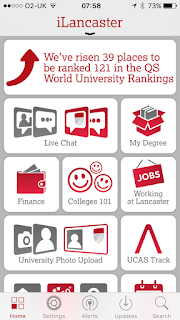 Each student who has been offered a place to study there, is given access to the campus app' which gives them immediate access to information about their course, finance, and allows them to integrate with other students before they start. One of the features of the app' that appealed to me as a Mum is the laundrette availability, which not only tells the student the location of an empty machine, but tells the student how far the machine has got through it's cycle. 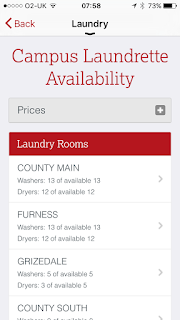 So there will be no excuses as to why her washing is not done, if she chooses this university in 2016! 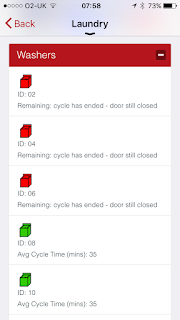 I was really pleased to see students of all ages on our course yesterday, and I know myself, and many others, will look forward to future training courses run by ITCourses Dorchester.
Posted by Unknown at 10:36 2 comments: 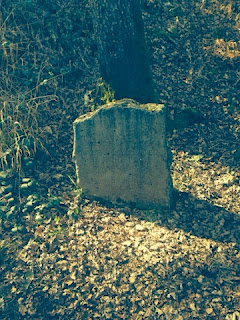